Every year more than 45 million people relocate which is about 17% of the total population of the USA. Approximately 6,7% from them went to live in another state.

One of the best things to do when moving is to get as many quotes as possible. Asking for an estimate will give you a basis of comparison between the different moving companies – the services they offer and the rates they work at.

The third most stressful event in people’s lives after death and divorce is moving. And with the hope of reducing moving stress My Moving Reviews is offering a large number of articles with tips, checklists and guides to help you get through this difficult process smoothly and successfully.

In some states the majority of people born there never leave like Pennsylvania, Ohio, Michigan, Louisiana. On the other hand, in other states it is just the opposite – less than 40% of the population there was also born there including Arizona, Florida and Alaska, for the state of Nevada this percentage goes even further down – to 25%.

On an average every individual relocates between 11 and 12 times in a lifetime.

The majority of people (40%) move locally due to home related issues.

Almost half the time people move because of a job change, about one third: due to retirement and the rest relocate for other reasons.

About one third of the people who are moving would go to live in another neighborhood because it is more convenient for them for their job.

Five years after graduating from high school or college one third of the young people no longer live in the same state where they studied.

Did you know that you can use additional special types of services to move your artwork? You can ask the movers to make custom crates and pack your valuables.

If you have a computer for moving always make a backup of the data on it especially if there is some valuable information recorded or if you are working on a home office. If you have a laptop consider moving it with you.

« How Does a Business or Office Move Affect Employees?
We do the heavy lifting »

Get a Free Quote

Moving? Let us help you! With just a little information about your move we can get started with a free moving quote. 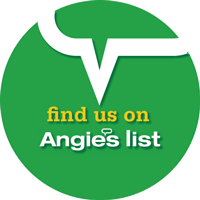